Even if you are not a history buff, travelling through Britain is an adventure  in times past. You can, of course, visit these lands without exploring their history but in doing so, you may miss out on some amazing “attractions” and regret it later. Here are three popular historical sites from ancient Britain you should see at least once. 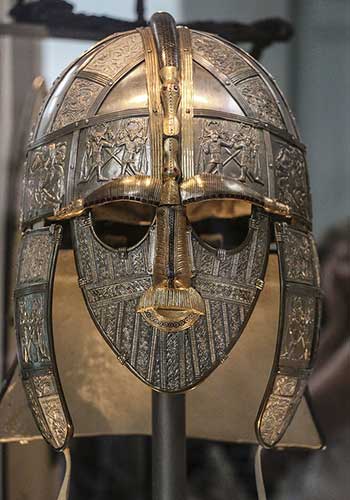 Sutton Hoo is an archaeological site discovered in 1939 in Suffolk on the east coast of England. It was determined to be an Anglo-Saxon burial site consisting of a treasure chamber in the midst of the impression of a wooden boat, all covered by an earthen mound. Who was buried there? A king, or a leader, or a well-respected individual as suggested by the articles buried with him and subsequently uncovered. With artifacts suggesting travels over the known world at the time from Egypt, Sri Lanka, and across Europe, and aspects of both Christian and pagan burial rites, this was quite a find – supposedly the most important ever made in Britain.

Today you can visit the site managed by the National Trust and  walk the extensive grounds and trails. The famous Scandinavian/Roman influenced helmet, a sword, shield, drinking horns, gold and bejewelled ornaments and more are not unfortunately on display here. Some of the artifacts kept at Sutton Hoo are originals but some are replicas, as the treasure itself was donated to the British Museum by Edith Petty who owned the land when the treasure was found. (Her story can be seen in the Netflix movie The Dig released in 2021.) Nevertheless, the site itself with well over 200 acres, the modern steel replica of the buried ship, Tranmer House where Mrs. Petty lived, and the High Hall exhibition are well worth seeing.

An Example of 3 Similar Barrows, the Badbury Rings in Dorset
Image: Bigstock 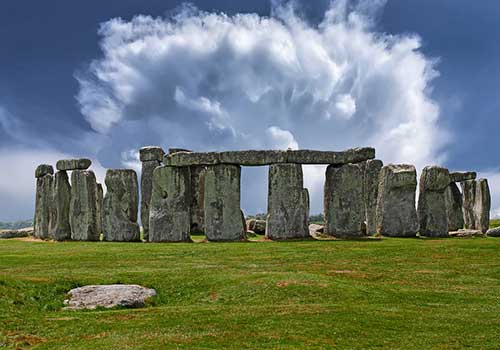 Up to the “north” of England we go and back to the time of the Roman occupation. Hadrian’s Wall was built by the Romans from coast to coast – a stretch of 73 miles – to keep out the  original northern Britons and the Picts. You can therefore visit the wall at many points (over 20), the most popular being at various “forts”. The Wall is a UNESCO World Heritage Site.

For the active visitor, one can walk the Wall. There are various trails: The Birdoswald near the Birdoswald Fort (along the longest stretch of wall), the Corbridge, the Housteads, and the Chesters Roman Trails. Along each of these walks you will find various other ruins – of forts, turrets, the Temple of Mithras, and of course remnants of the Wall itself. The views of the surrounding countryside from some of the higher points such as found on the Housesteads Trail are spectacular. If walking is not to your taste, one can just visit a fort or two, and view the Roman collection at the Housteads Museum. 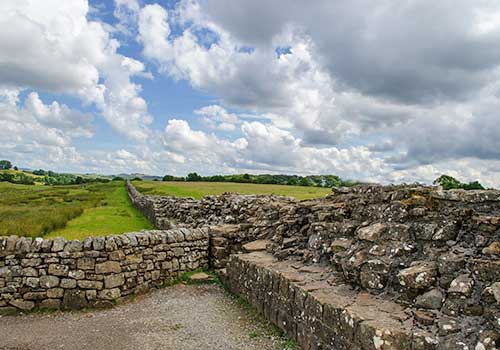 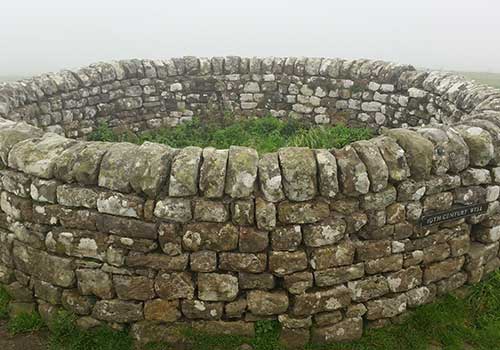 Going even further back in time, Stonehenge is perhaps the most well-known of these three sites. It is “pre-historic” dating from the Neolithic times and located in Wiltshire, in the southwest of England. This circle of massive stones along with nearby Avebury composes another World Heritage Site. Historians are still debating what the structure was for and how exactly it was built in a time when the transport of the stones, some weighing many tons, across the miles from where they were quarried would be thought to be a truly daunting task. One aspect of the structure seems obvious; the alignment of the stones and openings to the movements of the sun.

The stone circle is enclosed by a protective barrier but you can elect to pay extra (about 47 pounds per adult at publication) for the “Stone Circle Experience” which allows a limited number of people a short time to wander about the circle, usually before opening or after closing times. Touching the stones is forbidden. The author was lucky to visit the site in 1971 prior to the erection of the barrier. A subsequent visit after access was restricted did afford the same experience so it is recommended to opt for this extra cost if possible. There is an exhibition building, the Stonehenge Visitor Centre, where you can view artifacts found on the site plus learn the area’s history. Just outside the centre are reconstructions of Neolithic houses where volunteers keep visitors informed on the houses’ construction and of the everyday life of the people who inhabited them at the time Stonehenge was built. 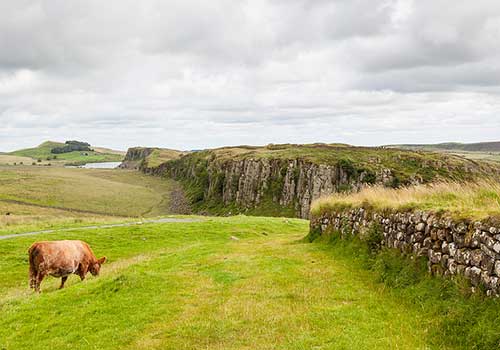 Spectacular Scenery Along One of the Hadrian Wall Walks
Image: Bigstock 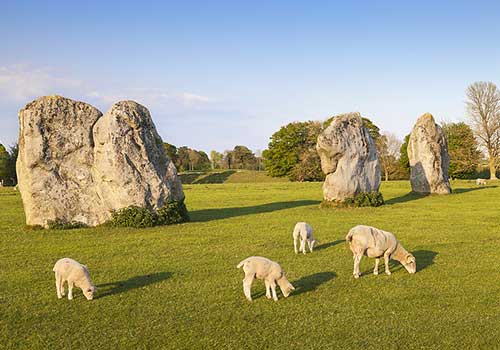 Historical sites in the British Isles are numerous. They are great places to visit for folks of all ages and are especially rich in entertainment for children. It is doubtful one would ever be bored at these living museums that have escaped from the four walls to the countryside.

Your travel expert can incorporate some of Britain’s World Heritage Sites into your next visit whether it be a custom tour, a pre- or post-cruise stay, or a luxury barge holiday. Guided tours will probably contain a few of these attractions as well.  Ask your travel expert for advice and planning.