When one travels, a good night’s rest before a day of sightseeing is paramount – unless of course, you travel with the object of a disturbed night as your ultimate goal. The paranormal has always intrigued the public since the fascination with seances, mediums, and the channeling of spirits became popular in the Victorian era. Before that, spooky tales of hauntings were something told and re-told around the fire at home or the nearby tavern. Nowadays, our media is rife with ghost hunting shows.

One of the most haunted places in the world is purported to be Britain. For hopeful encounters with the “beyond” on purpose – plus a great place to visit on vacation – this is the destination par excellence. Even if you wish not to encounter a nightly visitor, you may anyway!

Places to Stay for a Good Night’s Haunt

One would think that being haunted might be a drawback for the affected hotels and inns, but on the contrary, many celebrate the fact in their advertisements and listings. Here are 10 places to stay that are reported to have ghostly visitors that have yet to officially check in:

• We start with one of the most notorious inns, that of Ancient Ram Inn, Wotton-Under-Edge, built in 1145. You can stay – if you dare – or just take in a ghost hunt if you can find a group happening. Reports are varied from strange, inexplicable events to a ho-hum night. Its stories include not only ghosts but demons too.
• The Golden Fleece in York is a typical pub with 4 rental rooms above. It was built in the early 1500’s and sports period decor such as four-poster beds. Worth a visit due to its quaintness and its location near the Shambles, even if you don’t hear the ghostly footsteps in the hallways!
• The Adelphi Hotel & Spa in Liverpool has numerous haunts from visions of Capt. Edward Smith of the Titanic and his officers, to the inevitable “grey lady” figure who frequents the basement area.
• Another haunted hotel, this time in London, is the Langham Hotel. You might see any one of its otherworldly five “guests” including a German nobleman who walks the halls and through walls.
• Ask for Room 4 at The Black Swan Hotel in Devizes to see the figure of a young lady in white who supposedly died there in childbirth. But if you make a mistake and end up at The Black Swan in York, never fear, it is haunted as well!
• If you love scary movies, stay at the Ettington Park Hotel, Stratford, which appeared in the horror film, The Haunting. There have been numerous ghost sightings from monks to servants, a woman in white, and a ghost dog.
• Northumberland has a bloody history being on the border of England and Scotland, so it is fitting one ghost-inhabited hotel is the Schooner Hotel in Alnmouth. It is purportedly the most haunted stay in Britain with over sixty ghosts and thousands of sightings. It proudly embraces its reputation with ghost tours, events, and ghost stories on its website.
• Is it on your bucket list to stay in a castle too? Check out Chillingham Castle, also in Northumberland. It advertises itself as “Britain’s Most Haunted Historic Castle”. Built in the 13th century, it has a long and unsettled history, so ghost stories are inevitable. Too scared to stay the night? Book into a ghost tour. There are apparitions in the courtyard, the pantry, some guest rooms, and disembodied voices in the chapel. Note: the castle is closed in the winter season.
• Moving onto Scotland, you might want to stay near Edinburgh, an eerie city itself with its own haunted locales. Near by is Dalhousie Castle Hotel and Aqueous Spa, a luxury stay, with no mention of unregistered “visitors” on its website. An amazingly gorgeous location with unusual activities available such as falconry and archery – plus the antics of the ghost of Lady Catherine, paramour of the 16th century owner, who was imprisoned and starved to death by the laird’s aggrieved wife.
• Wales is not to be forgotten. The Skirrid Mountain Inn in Monmouthshire makes this list too. Today, as is the case with many inns, it is also the local pub as well as inn and has the reputation of being the oldest pub in Wales dating from the 11th century, if not Great Britain’s oldest “local”. You can check out the block where hanged bodies were lain after a night’s last stay at the inn and the execution beam as the pub also served as the local courtroom. The ghost of a former landlady has been reported as well as strange strangulation feelings by visitors.

This listing of ten of Great Britain’s haunted accommodations has just skimmed the surface of the many places where you can stay for the thrill of an unexpected glimpse of a ghostly figure or a paranormal happening – and we haven’t even touched the other part of the British Isles, Northern Ireland, or the adjacent country of Ireland. Ireland’s hauntings, and the fact that’s it is home of many a Hallowe’en legend, will be a story unto itself.

If you are interested in a ghost jaunt through England, Scotland or Wales, contact your travel professional for a custom itinerary or to book one of the specialty guided tours that take in the countryside and historic sites, and which may include a few haunted hotels, advertised or not. 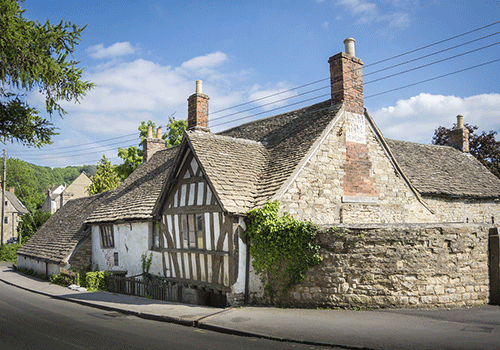 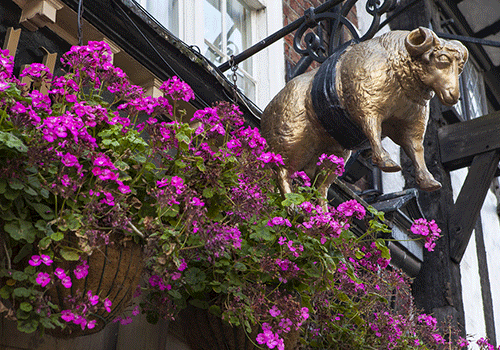 The Golden Fleece – stay if you dare (Image: Bigstock) 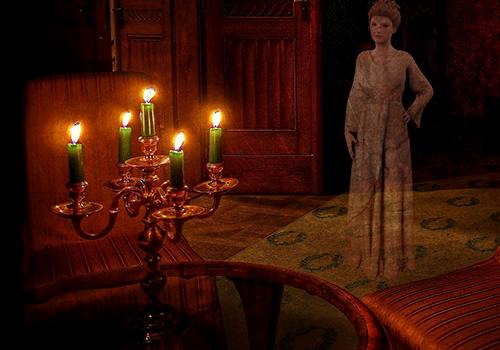 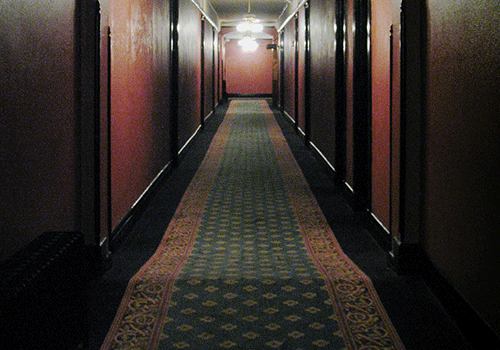 Do the ghostly footsteps in the hall stop at your door? (Image: Pixabay) 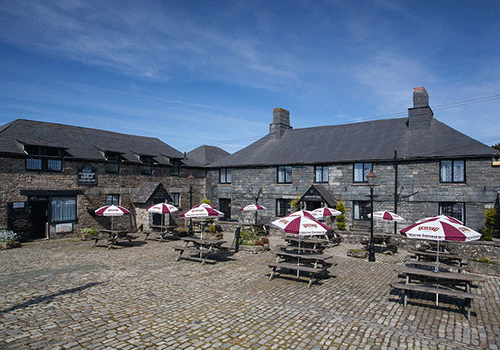